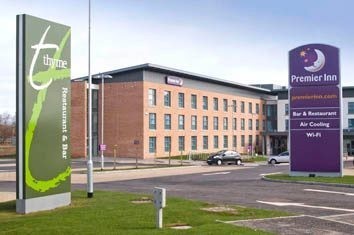 This hotel is ideally situated less than 3 miles from Edinburgh International Airport, just off the M8 and under 10 miles from the heart of the city and its attractions. A,great base for exploring the region, catching an early flight and for the commercial Newbridge district. Our Edinburgh Airport (Newbridge) hotel has everything,you'd expect, incredibly comfy beds in every room and an integrated Thyme restaurant serving a mix of traditional and contemporary dishes.

Leave the M9 at J1. At Newbridge roundabout exit onto the A89 signposted Broxburn. At the traffic lights turn right followed by a second right.
Book Now