You are here: Home NewsAye aye - a rather special lamb for Tatton

Aye aye - a rather special lamb for Tatton

One little tup lamb has become an unexpected star attraction at Home Farm, Tatton Park. Staff were overjoyed to oversee the birth of him and his sister on Thursday April 10th year as they had never seen a lamb marked quite like him!

Strikingly white with a black patch covering his left eye, just like a pirate, staff aptly christened him Captain Jack Sparrow after the character made famous by Johnny Depp in The Pirates of the Caribbean films.  He has since created a real stir amongst visitors during the farm’s recent ‘Lambing Fortnight’ and Easter celebrations.  Children in particular are delighted when they see him and many have commented that he looks just like a pirate!

Staff  have put his beautiful markings down to an unusual mix of genetics from different breeds of sheep over generations.  His Mum is a Hebridean (a small black horned sheep from the Outer Hebrides) crossed with a Zwartble (a Dutch milking breed marked just like a Berkshire pig!), whilst  his Dad is a commercial breed, a Beltex.

Lisa Kennedy, farm assistant, added “Captain Jack is certainly proving to be a big character around the farm. He is definitely the ringleader out in the fields and is always the first one to create a big competition between his fellow lambs as to who can skip and jump the highest! “

The farm currently has a flock of forty ewes consisting of different breeds and are working hard to establish a small flock of Leicester Longwool sheep which are an endangered breed.

Seeing a new born lamb being fed is just one of over 101 things to do at Tatton Park  a brand new campaign which launches later this month featuring 101 of the best possible experiences to be enjoyed at Tatton this year. These range from feeding Tatton’s deer their daily breakfast to singing happy birthday with a rare breed pig: watching the Vikings invade Tatton’s Old Hall to escaping in to a New Zealand rain forest. www.101tatton.org.uk 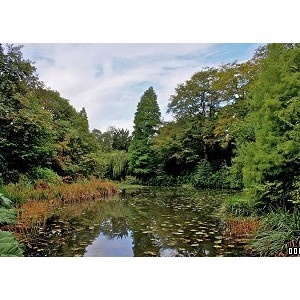 This beautiful area of Cheshire is packed with things to do. From the stately neo classical mansion to the award winning gardens, Tatton Park is also great f...