The Tutankhamun Exhibition in Dorchester, Dorset, is celebrating its 30th Birthday this week. This spectacular recreation of Tutankhamun's tomb and treasures was the first exhibition of its kind in the world and since opening in April 1987, has been internationally acclaimed and has given birth and inspiration to many other exhibitions on Tutankhamun that have been seen all over the world. 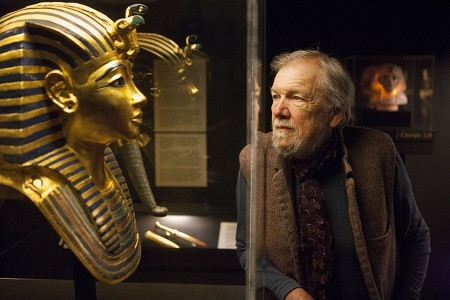 During it’s thirty years Dorchester’s Tutankhamun Exhibition has been seen globally by more visitors than any other exhibition on Tutankhamun outside of Egypt.

The Exhibition, was the brain child of its Director, Dr Michael Ridley, and was established following the success of the ‘Treasures of Tutankhamun Exhibition’ at the British Museum London in 1972, which due to damages sustained through travelling a decision was made by the Egyptian Government that Tut’s Gold Mask amongst other treasures were not to leave Egypt again.

Thus The Tutankhamun Exhibition in Dorchester was born, designed in 1986 to overcome this problem and allow visitors to experience the beauty and story of the treasures without having to travel to Egypt, recreating the treasures using, wherever possible, the same materials and methods, making the treasures shown in this exhibition as identical as possible to the originals now in Egypt.

Tutankhamun’s story is fascinating and the treasures of the greatest archaeological discovery of all time are breathtaking. The Exhibition’s innovative approach and techniques, enabled a reconstruction of the tomb to be made, making it possible for the public to step back in time and enter the tomb filled with treasures, just as Howard Carter did when he discovered it in 1922 - including the smells of the tomb that met Carter as he entered the tomb! With the help of world expert on Tutankhamun, Dr Nicholas Reeves, who has been associated with the Exhibition from its inception, these ancient fragrances have been recreated to heighten the ambience of the tomb.

The ingenious layout, construction, design and approach, appeals to people of all ages, from the very young to those who can recall the worldwide publicity of the 20’s and 30’s.

The Exhibition’s Director Dr Michael Ridley said “Its strange to think that it is now thirty years since we created the Exhibition and during that time it has gone on to be a major influence on many other exhibitions on Tutankhamun the world over. He continued “Using new and innovative techniques we tried to create a totally new experience in an exhibition of this kind. Our aim was to span time itself and make it possible for visitors to enjoy some of the excitement of what could be said to be the most fabulous discovery of the 20th century. “

The images show Director and Founder, Dr Michael Ridley, in the Antechamber of the Exhibition and Face to Face with the Exhibition’s Golden Mask of Tutankhamun.

The Tutankhamun Exhibition is open daily 10am – 5pm. 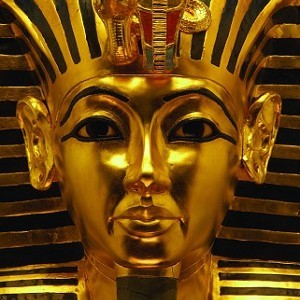 The exhibition recreates the Pharoah's tomb when it was reopened by Howard Carter in 1922.