You are here: Home NewsEx-theme park could be transformed

Ex-theme park could be transformed

The redevelopment plans will be submitted by the owners of the 600 acre land - Vicon UK, and also include a 18-hole golf course, clubhouse and educational golf academy.

Chief executive Neil Rattray said: "These plans have been created in consultation with the owner of the site, with the interests of Galston at heart, and we are convinced that the people of Ayrshire and beyond will benefit hugely from this new investment in Scotland."

"Since the closure of the theme park, there has been a great deal of interest in the future of the site.

"We have been working tremendously hard over a period of many months to ensure we attracted the right investor and have put together a realistic proposal that will deliver significant economic benefit to East Ayrshire.

"We are committed to making this project a success and we will now work with our partners and stakeholders, such as East Ayrshire Council, to deliver a stunning development which will become a landmark centre of excellence destination in Scotland." 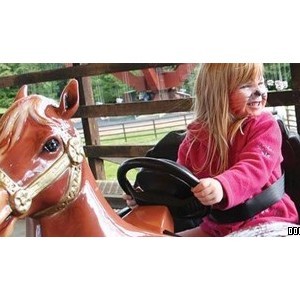