You are here: Home NewsHistory of Jacobite Risings brought to life at Fort George

History of Jacobite Risings brought to life at Fort George

Historic re-enactors will take to Fort George to tell the story of three key periods during a time of unrest and civil war in Scotland which lasted for 60 years, in a new event taking place in 2016.

The Stuarts’ Struggle event, on Saturday 13th and Sunday 14th August, will bring the Jacobite Risings of 1689, 1715 and 1745 to life. Now over 300 years on, visitors will be able to discover more about the three main attempts of the Jacobites to restore the exiled King James Vll and his Stuart descendants to the throne.

The Highland fortress will become a real-life timeline, charting the Jacobites’ war against the Government armies, including their victory at the Battle of Killiecrankie in 1689, their defeat at the Battle of Sherriffmuir in 1715, culminating in the re-telling of the Rising of 1745 and its aftermath. Arguably the 1745 Rising is the most well-known and saw Charles Edward Stuart, James Vll’s grandson, who was better known as Bonnie Prince Charlie, return to Scotland to reclaim the throne of Britain.

Over the course of this weekend-long event there will be living history camps offering a real insight into what the life of a Jacobite soldier might have been like, during these key periods in 18th century Scottish history. Meanwhile special guided tours of Fort George will help mark Scotland’s Year of Innovation, Architecture and Design, introducing visitors to the impressive Highland defence and its unique design and construction.

Strategically positioned and with more than 80 guns and accommodation for a 2,000-strong garrison, the construction of the military base was commissioned by the Government, following the Battle of Culloden in a move to put a stop to any further Risings.

Historic Environment Scotland's Assistant Events Manager, Fran Caine, said: “The Jacobite Risings form an important period in Scottish history. Spanning around 60 years, these events shaped the Scotland, and in particular the Highlands, of today and their legacy is still visible in battlefields and defences – such as Fort George.

“The Stuarts’ Struggle event, which is new for this year, will offer an insight into the three main rebellions, as visitors discover the history behind this period of unrest and civil war in 18th century Scotland. There will also be opportunities to discover what life could have been like for Jacobite soldiers during the Risings of 1689, 1715 and 1745 as well as learning about Fort George itself, which was built by the Government in a strategic move to stop any further Risings by the Jacobites.”

The Stuarts’ Struggle takes place at Fort George on Saturday 13th and Sunday 14th August from 12pm-4pm. This event is included in the cost of admission and is free for members. 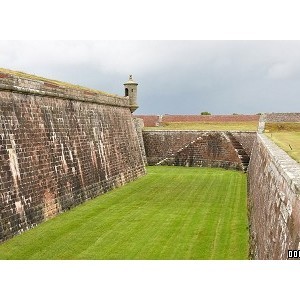 Built in the late 18th century by King George II, Fort George was constructed to withstand an assault by marauding highlanders and is still used as a militar...