As the bicentenary of Alexander ‘Greek’ Thomson’s birth approaches, work to restore his striking interior designs at one of his most impressive houses in Glasgow, Holmwood House, is coming along nicely. 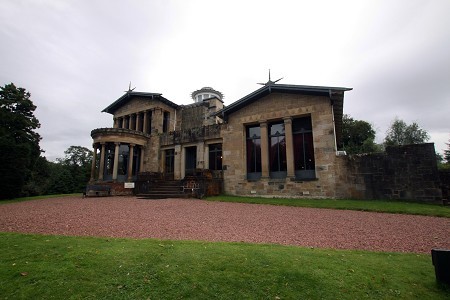 Holmwood was designed by Thomson and built in the mid-19th century. It is widely considered one of his finest designs and includes many of his trademark neo-classical features, as well as an impressive glazed cupola. 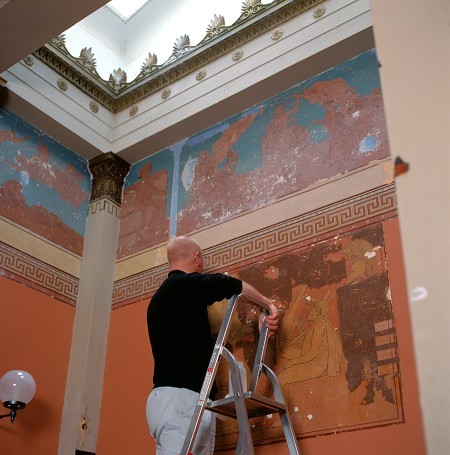 Starting on Monday 30 January, Ian Howie, a specialist painter who has worked on other Thomson houses, will work on reinstating the intricate patterns in the original colour scheme. The work is expected to take four weeks.

“It’s 200 years since Thomson was born and we think he’d be pleased to know that his original decorations for the dining room was being brought back to life, for future generations to enjoy. When he designed Holmwood, it was always intended to be a private family home, so he would be surprised to know that the public visit to see his creations more than 160 years later.”

The house is open for a series of special viewing sessions from Monday 30 – Thursday 2 February from 12 noon until 2pm, where visitors can see this conservation work underway, chat to the experts and find out more about Thomson and his place in Scottish architecture. The events are free, but donations to the charity are welcome.

Holmwood was completed in 1858 and was designed by Alexander ‘Greek’ Thomson (1817 – 1875) for his client, paper manufacturer James Couper, whose Millholm Paper Mills were located directly below the property in the valley of the White Cart (the remains of which are still visible). 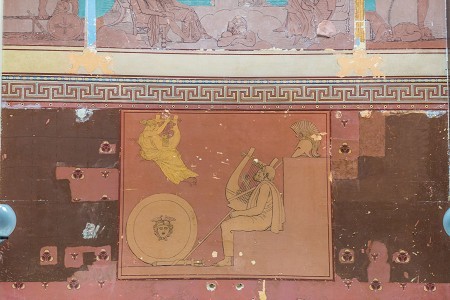 Thomson’s design was featured in an 1868 publication Villa and Cottage Architecture: select examples of country and suburban residence recently erected and is thought to have been a great influence on Frank Lloyd Wright and other ‘proto-modernist’ architects.

Holmwood is rare in that it has retained much of its opulent, classically-inspired interior décor and, following a spell as a convent and Catholic Primary School, it was acquired by the National Trust for Scotland in 1994. 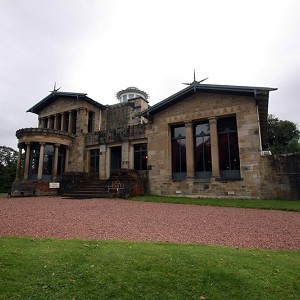 Built in the 19th century for local businessman James Couper, this lavishly decorated villa is a steeped in a rich history and is but a few miles from the ci...