There’s been a lot of big names announced for the 2018 Eden Sessions, and another name is added to the list of acts, set to perform. Jack Johnson returns to the stage on July 5th. His debut at the event, was in 2010.

The Hawaiian singer has released 7 studio albums along with 2 live albums – selling 25million copies wold wide! His latest album, released in September of this year, debuted at no.4 in the Billboard Top 200 Album chart. All the Light Above it Too was a hit worldwide.

With three consecutive UK number one albums, In Between Dreams, Sleep Through the Static and To The Sea, Johnson he also won the BRIT Award for Best International Breakthrough Artist.

Marketing director at Eden, Rita Broe, stated, “Jack has a great affinity with Cornwall and has said that he enjoys playing shows in places with a surfing community – he even took time to surf the Cornish waves on the day of his last Eden Session.”

Johnson’s album, tour profits, and personal philanthropic activities have resulted in over $30 million donated to charity since 2001.

Set to play alongside Massive Attack, Gary Barlow and Björk in 2018, the line up for Eden Sessions is shaping up to be its best yet! 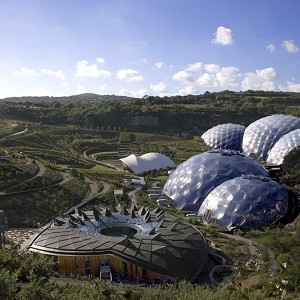 The Eden Project is a global garden where people can discover how plants have shaped the world and how they can change the future. Visitors can experience th...