Stirling Castle has won the title of Scotland’s Best Visitor Attraction at the inaugural 2016 Scottish and Outdoor Leisure Awards.

The centuries-old stronghold, which welcomes around 460,000 visitors through its iconic gates each year, was voted for by members of the public and visitors alike before being fully researched and reviewed by an independent judging panel.

Established to recognise and celebrate the very best in Scotland’s outdoor and leisure trade industry, the awards saw Stirling Castle go up against other iconic attractions including RZSS Edinburgh Zoo and Dynamic Earth in the Scotland’s Best Visitor Attraction category.

Winners from across 17 different categories were announced at the very first Scottish Outdoor and Leisure Awards at a ceremony held in Glasgow.

Liz Grant, Executive Manager of Stirling Castle, which is managed by Historic Environment Scotland, said: “To be named as Scotland’s Best Visitor Attraction in this new nationwide awards programme is a wonderful achievement. Scotland’s heritage attractions, such as Stirling Castle, form an important part of the country’s wider tourism and leisure offering and it’s great to see this recognised.

“This accolade is made doubly special as it is initially voted for by members of the public and our visitors. It’s a real testament to the dedication of our staff who help bring centuries of Scottish history and heritage to life every day for visitors from all over the world.” 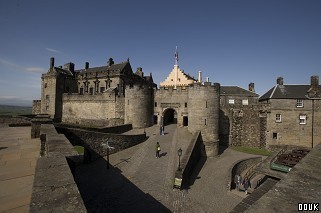 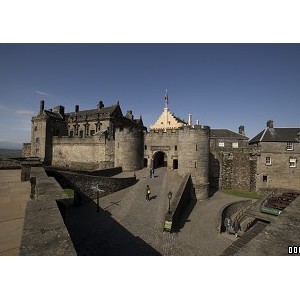 Stirling Castle was created by kings and queens as a great royal residence, and at times of war it was also a formidable fortress. From the Chapel Royal and ...