You are here: Home NewsThe Fitzwilliam celebrates 200 years in 2016

The Fitzwilliam celebrates 200 years in 2016

In 2016  the Fitzwilliam Museum in Cambridge, one of Britain's greatest treasure houses,  is holding a full year of festivities - celebrating its 200th birthday. Major exhibitions will explore two of its most cherished collections, ancient Egyptian coffins and illuminated manuscripts. It is also publishing a new illustrated history of the Museum, with an accompanying exhibition.

Today the Fitzwilliam is one of the world’s finest museums. A neo-classical temple of the arts, its white stone façade and columns are an iconic part of the Cambridge skyline. Its grand galleries house over half a million artefacts and masterworks of art from antiquity to the present day. It is a leading centre for art historical research and conservation and is part of the University of Cambridge, working with partner organisations across the world.

The Fitzwilliam Museum was founded in 1816 through the bequest of Richard, 7th Viscount Fitzwilliam of Merrion, who died on the 4th of February that year. After studying at Trinity Hall, Cambridge, he divided his time between London, Paris and Dublin. In the course of his life he collected around 144 paintings, including masterpieces by Titian, Veronese and Palma Vecchio, 300 carefully ordered albums of Old Master prints, and a magnificent library with illuminated manuscripts, musical autographs by Europe’s greatest composers and 10,000 fine printed books. The entire collection, along with £100,000 for ‘a good substantial Museum’, was left to the University of Cambridge in his will.

Access to the collections has been free of charge, since the very beginning of the Museum’s existence. In the 1800s it was mostly visited by members of the University, and the public were restricted to specific days. At first, nursemaids with babies or young children were forbidden entry. But today the Museum is open to everyone, with a programme of activities for all ages and abilities, including baby play mats for the under 2s.

Its events programme reaches across the city, collaborating closely with cultural organisations in Cambridge and beyond. It is the lead partner of the University of Cambridge Museums (UCM) partnership, who together are supported by Arts Council England as a Major Partner Museum.

A new book for 2016, The Fitzwilliam Museum: a History, will, for the first time, tell the full 200 year story of the Museum. This includes the triumphs and challenges of successive Directors, the changing nature of the Museum’s relationship with its parent University, and its dogged survival through the two World Wars. It will also shed light on the colourful, but previously little-known, personal life of Viscount Fitzwilliam himself.

Complementing the book will be an exhibition in the Museum’s Octagon Gallery. A timeline of the Fitzwilliam’s first 200 years will introduce key themes, characters and significant objects showing the Museum’s development. Opening on 4 February and running throughout the bicentenary year, this exhibition will explore the Fitzwilliam’s past and present, and lead into its future.

The two major exhibitions of the bicentenary year celebrate two of the richest and most popular of the Museum’s own collections: illuminated manuscripts and the remarkable collection of Egyptian coffins. These collections both have their origins in the Museum’s first decade. The collection of Egyptian coffins started with one of the earliest gifts to the Fitzwilliam in 1822. The manuscripts on show will include exquisite examples from Viscount Fitzwilliam’s founding bequest, which, under its strict terms, may never leave the Museum.

Revealing the splendour and artistry of the past, both of these bicentenary exhibitions also look to the future, presenting the very latest in conservation science and research which takes place at the Fitzwilliam today.

Death on the Nile: Uncovering the afterlife of ancient Egypt (23 February – 22 May 2016) goes beyond the images of mummies, animal-headed gods, pharaohs and mystery often associated with ancient Egypt. It explores the beliefs and working practices behind Egyptian coffins and reveals fascinating new information on how they were made. It will show how these remarkable objects were constructed and the techniques of ancient Egyptian artisans. There will be a ‘live’ conservation area in the exhibition. Here, visitors can find out more about the science used to examine the 55 ancient artworks and groups of objects on display, including some more than 4,000 years old.

COLOUR: The art and science of illuminated manuscripts (30 July – 30 December 2016) follows on from the spectacular success of the Cambridge Illuminations exhibition in 2005. Representing the leading artistic centres across Europe from the 8th to the 16th century, COLOUR will display over 150 stunning paintings on parchment and paper. Visitors will explore the creative process, from the artists’ original ideas through their choice of pigments and painting techniques to the finished masterpieces. COLOUR celebrates the cross-disciplinary research of the Cambridge Illuminations and MINIARE projects. This involved academics across the University of Cambridge and international collaborators analysing these fragile artworks using the latest scientific techniques combined with art historical research.

Director of the Fitzwilliam Museum, Tim Knox, commented: “The year-long celebration of the Fitzwilliam Museum’s bicentenary in 2016 will be very special indeed – and we are inviting anyone who has never seen the collections to make this the year they visit. In addition to the two major exhibitions, we are planning public programmes, concerts and big events to illuminate our collections and delight our audiences. We are collaborating with other cultural organisations across the city, and working with our Bicentenary Business Partners, and we are announcing the full programme at the beginning of the year.”

The Bicentenary Business Partners are: TTP Group plc, ACE Cultural Tours, Hewitsons LLP, Marshall of Cambridge, Rheebridge and Sotheby’s. Their support will go towards a creative and thought-provoking bicentenary programme including outreach in the community, digital engagement, creative learning events and the two major exhibitions. 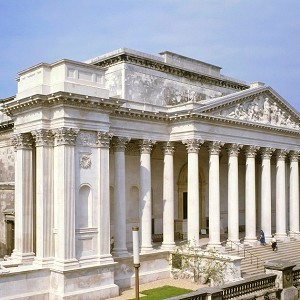 Housing almost half a million objects, the Fitzwilliam has been hailed as ‘the finest small museum in Europe’. See everything from Egyptian coffi...