10 acres of glorious water rapid fun, with each ride different from the last. You'll never know what's around the next cornerâ€¦

Built in 1982, the ride was originally themed around the Canadian flumes that moved logs from the forest to the riverside. It was then completely revamped in 2004 with the logs replaced by bathtubs, plus rubber duck props, bathtubs and overhead taps to soak riders.

A giant Buddha and replica Angkor Wat temple were among the ride props in Dragon Falls, now removed as the ride undergoes new theming for the 2014 season.

The UK's first reverse water chute recreates the story of a lifeboat rescue. Watch out for the trick track launch at the beginning of the ride!

Formerly known as Hydro before rebranded as Drenched in 2011, the huge 100ft chute plunges you over 50mph into the water. You end up exactly what the name says!

This extremely popular water ride was refurbished in 2012, riders may now get even more wet! The journey through ice, fire, wind and snow incorporates special effects such as explosions, fire and lightning sparksâ€¦ it's a truly classically themed water ride.

Boasting the highest log flume plunge in the UK, Logger's Leap is a classic traditional log flume ride, lasting for over five minutes with a highest drop of 53ft.

An 85ft drop into the blue pretty much guarantees a drenching at the 1960s Amity Cove themed Tidal Wave. Constructed in 2000, the ride was once the tallest water ride in Europe, before losing its crown in 2002 to Oakwood Theme Park's Hydro (now Drenched). 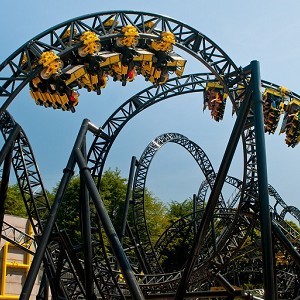 Set in 500 acres of beautiful Staffordshire countryside, Alton Towers is a world-class theme park. You can also stay in one of the Alton Towers Hotels or spe... 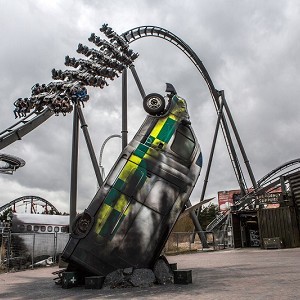 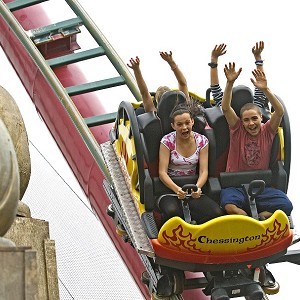 Come face to face with the Gruffalo at Chessington World of Adventures Resort! New for 2017 is the Gruffalo River Ride Adventure, which takes you and your fa... 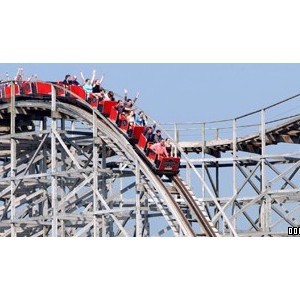 Oakwood Theme Park is based in Pembrokeshire Wales and hosts a number of rides for all ages. 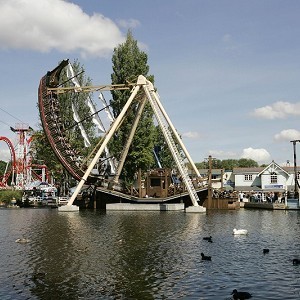 Drayton Manor is packed with a host of rides and attractions set in 280 acres of lakes and parkland. It features some of the biggest and wettest rides around... 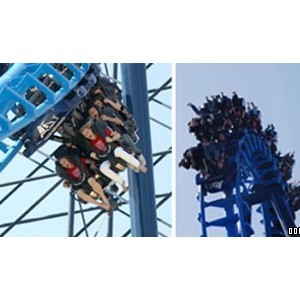 Pleasure Beach Theme Park lies in 42 acres, and has something for all ages with over 125 rides and attractions.